We were tasked with creating cut through for the Adidas store on two of the busiest shopping days in December on Oxford Street.
Day one we promoted Adidas Originals creating a silent disco with a DJ live in the front window and professional dancers engaging shoppers. Brand Ambassadors were tasked with signing shoppers up to a competition with the entry box in-store and promoting other fantastic sales offers.
Day two we were promoting the new miCoach fitness software and had two professional runners in the Adidas window running a joint marathon! Ngage actors were dresses in Adidas running gear running up and down Oxford Street encouraging one another via a megaphone Boot Camp style, to create a buzz and intrigue. We also gave shoppers the chance to enter a competition using the Adidas miCoach reaction time game promoted by our brand ambassadors.
The store recorded both its highest footfall as well as highest recorded sales figures across the same period in previous years, achieving records not expected. 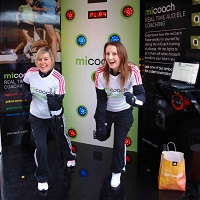 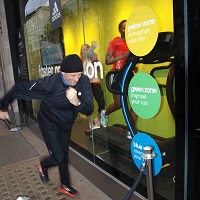